StarPort is a space theme park designed for a location in Japan for a Mitsubishi subsidiary.  Based upon our prior work with Design Science Corporation and SpacePort Systems Corporation, we assisted with early concept development, start-up and build-out of the design office. 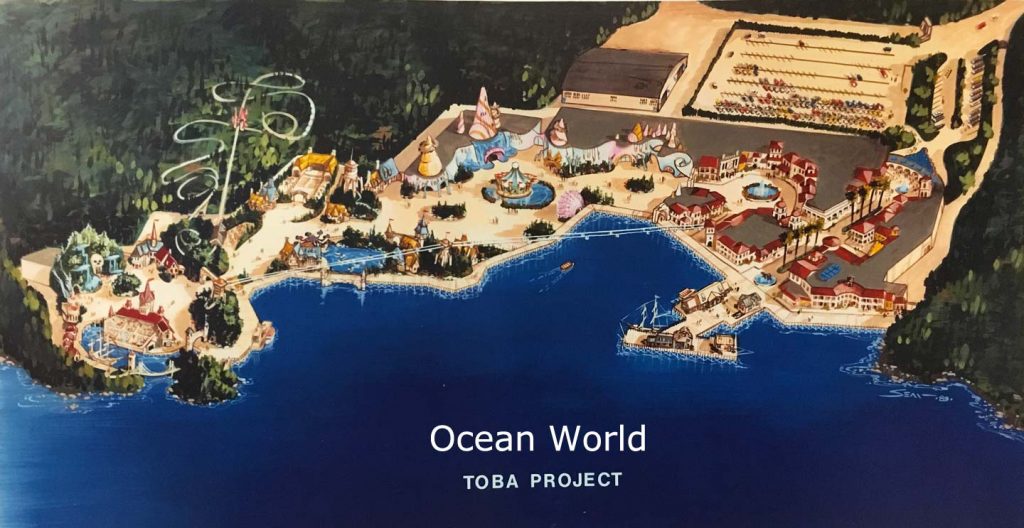 Ocean Park is designed specifically for the unique coastal landscape in Toba, Japan. As chief designer, we were responsible for the overall concept and individual attractions that gave visitors a variety of adventures on and under the ocean.

Moonbase Biosphere is an original design for a subselene biosphere habitat on the Moon published in NASA’s “Lunar Sub-Surface Architecture Enhanced by Artificial Biosphere Concepts” at the Second Conference on Lunar Bases and Space Activities of the 21st Century.  The concept first deploys unmanned robotic tunnelers followed by humans who install inflatable interiors creating a sustainable subsurface biospheric habitat safe from solar radiation. This concept could also be applied on Mars.

OTEC or Ocean Thermal Energy Conversion harnesses the sustainable energy generated from the temperature differential between warm surface waters and the cold waters pumped up from the ocean depths.   This upwelling of minerals also creates a thriving artificial reef by enhancing the food chain.  Jason Klassi, founder of Expedition Earth, Inc. made an underwater documentary film about an OTEC installation in the deep oceans off Hawaii in 1980 called An Adventure in Ocean Energy. He also presented a spin-off concept at the International Astronautical Congress called Environmental Enhancement of the Ocean by Increased Solar Radiation from Space through our  501(c)3 affiliate company Expedition Earth, Inc.

Space Fair 98 was a successful exposition on the historic cruise ship Queen Mary. We helped stage this forefront space event and premiered one of the first multi-media shows about Space Tourism.   In 2001, The Space Tourism Pioneer Awards Show honored the world’s first space tourist Dennis Tito among other space illuminates. We helped host and direct the event in addition to receiving one of the prestigious Orbit Awards.  Pictured are Space Tourism Society founder John Spencer and co-founder Tony Materna wearing a space suit.

Our associations include serving on Red Planet Ventures Board of Advisors, the Space Tourism Society Board of Directors and our involvement with Mars World Enterprises.

In addition to space entertainment and exploration design, Jason Klassi is an Emmy-nominated documentary producer and writer. His work has premiered at the United Nations and has been published by NASA and popular magazines around the world including Japan’s Brutus and Britain’s Room, the Space Journal.