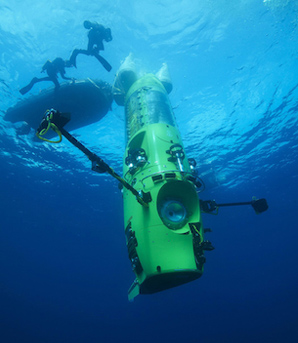 From Oceans to Space

More people have walked on the moon than traveled to the deepest depths of the oceans.

On March 26, 2012 filmmaker  James Cameron joined the only other two humans who have traveled to the deepest realms of the Earth’s ocean  – plunging nearly 11km (seven miles) down to the deepest place in the ocean, the Marianas Trench in the western Pacific.

Cameron’s trip is the first attempt by humans to reach the Challenger Deep, the deepest point of the Marianas Trench, since two Navy men touched bottom inJanuary 1960. On that trip, Don Walsh and Jacques Piccard spent a mere 20 minutes on the bottom inside the bathyscaphe Trieste, the only two humans before Cameron to travel the  deepest point in the ocean abyss, the Marianas Trench, 35,830 feet beneath the surface. 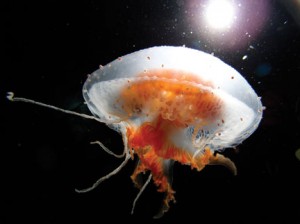 Under the Antarctic ice, a jellyfish species, Diplulmaris antarctica, floats with the current. It's colorless umbrella can be up to 8 inches in diameter. image credit: Steve Clabuesch, National Science Foundation.

“Adventuring under the sea is an unearthly experience,” wrote aquanaut William Beebe in 1960. “And in all except one sense we are actually entering a new world when we put on a diving helmet and float down to the white coral sand. The only other place comparable to these marvelous nether regions must surely be naked space itself, out far beyond atmosphere, between the stars, where sunlight has no grip upon the dust and rubbish of our planetary air, where the blackness of space, the shining planets, comets, suns and stars must really be closely akin to the world of life as it appears to the eyes of an awed human being in the open ocean a half mile down. In my present existence there is only one experience left which can transcend that of living for a time under the sea—and that is a trip to Mars.” 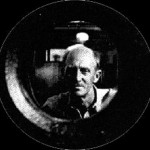 William Bebee peers out from inside one of his inventions - a bathyscaphe called Trieste that carried two men to the deepest place on Earth, the Marianas Trench, 35,830 feet beneath the surface of the Pacific Ocean in 1960. Image Credit: The Wildlife Society

When orbiting in the blackness of space, space travelers relish the deep blue view of the oceans that cover approximately 3/4 of Earth’s surface.  Ocean travelers, on the other hand, don’t simply look down at Earth from space. Seafarers are part of the planet and subject to the power of weather and waves. Alone on a vast horizon except for shipmates and the ship, all you have to do is look up into the sky to realize you’re already in space.

As for the undersea world, almost anyone can experience the watery realm without even getting wet, thanks to a variety of submarines.

A weekend sub-sea traveler can explore depths up to 200 feet inside a comfortable tourist submarine. The more adventurous can ride a specialized deep-diving submersible to visit the historic Titanic or giant pink tubeworms living next to undersea volcanoes. For a truly enveloping near-space experience, try snorkeling or scuba diving in the deep blue vastness of the ocean surface.

Take a break from cyberspace and immerse yourself in inner space.  Learn to scuba dive. 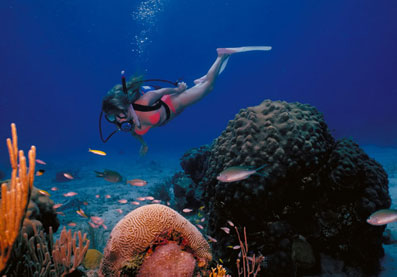